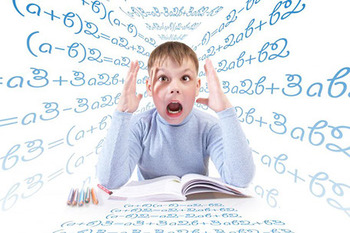 Previously termed mathematics learning difficulties/disabilities or dyscalculia, this terminology is now used to describe students without other obvious intellectual, physical or sensory impairments who require additional assistance with school mathematics.

International epidemiological studies estimate the prevalence of learning disorders (mathematics) to be between 5% and 7% of the population. However, recent NAPLAN data (2014) shows that between 15% and 23% of Australian students in years 3, 5, 7, 9 are at or below the minimum standards in numeracy.

Students can have a learning disorder with specific impairments in both mathematics and reading (or other areas). Research suggests that the difficulties with learning mathematics experienced by these students are often the most severe.

Despite exhibiting varied learning profiles, many students with learning disorders (mathematics) share common weaknesses which impede their ability to progress in mathematics. These weaknesses include: (1) poor number sense, that is, difficulties understanding the relationships and the patterns inherent in mathematics; (2) fluent retrieval of basic number facts; and (3) difficulty with learning mathematical procedures.

Effective remediation for students with learning disorders (mathematics) emphasises learning through direct and explicit instruction as well as deliberate and distributed practice. Helping students to understand the logic and patterns within mathematics allows them to make stronger connections to their long-term memory, as well as freeing up valuable working memory space by only having students commit a core group of key facts to memory. Consolidation of these core key facts is best achieved through the use of multisensory programs that utilize concrete manipulatives and visuals along with 'over-learning' by way of abundant practise in varied contexts. 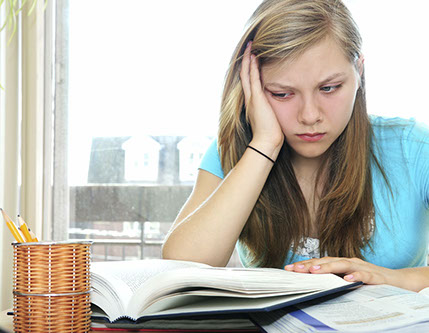 A learning disorder with specific impairments in literacy refers to any specific condition which significantly impairs a student's learning in the area of literacy. Such conditions are not indicative of impaired intelligence, but instead are characterised by significant difficulty in one (or more) specific learning area. This results in students tending to receive, process and learn information differently to their peers. As such, those affected often do not respond to traditional educational methods, instead requiring intervention which is tailored towards their individual learning needs.

As of 2015, the Australian Early Development Census found that over 20% of Western Australian students are developmentally vulnerable in areas underpinning key literacy skills. Many such students are at risk due to learning disorders or other factors, which can negatively impact students' education in various ways.

Previously referred to as dyslexia, specific impairments in reading are characterised by "difficulties with accurate and/or fluent word recognition and by poor spelling and decoding abilities" (IDA 2014). These impairments manifest in difficulties recognising letters, sounds and words effectively, as well as trouble comprehending the ideas or meanings presented in written forms.

A learning disorder with specific impairments in language is characterised by a diminished ability to understand and produce language. As distinct from speech disorders (such as stuttering), such impairments are frequently phonological in nature and may include issues with vocabulary, recognition of meaning and concept formation.

At ACES (Inc.), evidence-based intervention forms the foundation of our success in improving student literacy. Each tutor is experienced in delivering intervention which has been conclusively proven to be effective in the respective areas of impact. From this significant base of knowledge and experience, tutoring sessions are tailored to the specific learning needs of each student, as identified by initial assessment and ongoing evaluation.

Significant research and experience suggests that learning disorders with specific impairments in literacy respond best to a teaching program which is structured, cumulative, multi-sensory, and offers ample opportunity for reinforcement. Sounds-Write and Alpha to Omega are phonetically-based programs which are structured according to these principles, and are each an important feature of literacy tuition at ACES (Inc.).

The Sounds-Write program aims to impart comprehensive understanding of how the English alphabet works, allowing students to write more effectively using phonetic (sound-based) techniques. This ensures that even if spelling is not entirely accurate, meaning may still be effectively conveyed, and facilitates the systematic learning of how words are spelt in English as students progress. All common spellings for the 44 sounds in English are covered, with gradual progression into larger polysyllabic words. At ACES (Inc.) we tend to use this program for younger students to enhance written expression from an early age, providing a strong foundation for future progression in improving literacy.

The Alpha to Omega program is commonly used at ACES (Inc.) for primary- and secondary-aged students, extending knowledge of phonetic principles by applying a highly structured series of spelling patterns and rules. To introduce each pattern or rule, students initially practice spelling and reading targeted words in isolation. They focus on the phonological structure of the word first and then map these sounds to the relevant letters. These words are subsequently incorporated into structured dictation sentences and extended writing, ensuring students can contextualise their understanding under the demands of writing beyond single words.